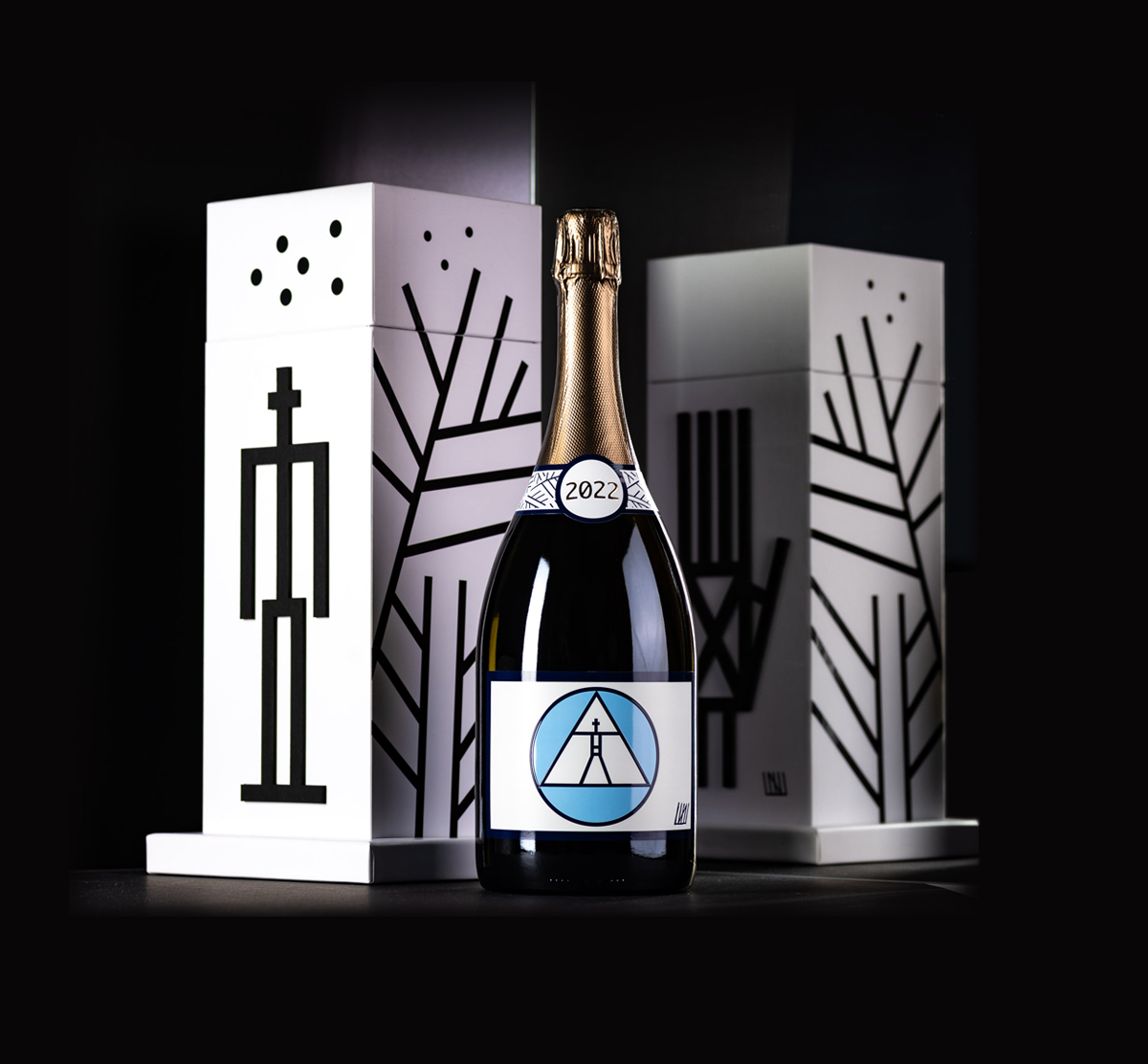 Russian Wine House Abrau-Durso launches a new limited collection, co-authored with the renowned sculptor Igor Shelkovsky. The representative of one of the most distinguished generations of Russian artists created a unique sculptural art object for the Abrau-Durso sparkling wine featuring the perfectly recognizable artistic style.

Russian Wine House Abrau-Durso presents its eighth limited collection that is a result of collaboration with famous artists. Every year, this project combines the historical traditions of Abrau-Durso winemaking with insights from outstanding representatives of various arts. This time, Igor Shelkovsky, a famous artist and nonconformist sculptor, authored the design of the collection. The recognizable style of Russian avant-garde and ironic, conceptual approach organically reflect the dialogue of the past and the present in his work.

Igor Shelkovsky is one of the most distinguished sculptors of our time, a prominent artist and publisher of the unique unofficial magazine of Russian art “A — Ya”, which was published in Paris in 1979–1986. The magazine celebrated the debuts of some of the classics of Russian contemporary art, such as Ilya Kabakov, Vladimir Sorokin and Eric Bulatov, who acted as the designer of the Abrau-Durso limited collection in 2018. Igor Shelkovsky emigrated from Moscow to France in 1976 with the luggage of two disassembled sculptures, because in his homeland his works were recognized as “having no cultural value” back then. While working abroad the artist achieved his freedom of expression and became widely known, while managing to preserve the unique graphic language and cultural code of Russian art.

Igor Shelkovsky’s works are displayed in the collections of the Pompidou Center in Paris, the Russian Museum, the Tretyakov Gallery, the Museum of Modern Art in Vienna, the U.S. Zimmerli Art Museum and other leading museums around the globe. Shelkovsky’s contemporary works include large scenic compositions: the Red Forest construction is installed at Nikola-Lenivets Art Park; in 2021, the Bouquet of Flowers sculpture was unveiled at Zaryadye park as part of the project “Here and Now: Contemporary Art in City Streets.” The latter won the first Moscow Art Prize and is currently on display near the Park of Culture metro exit in Moscow.

Some of the recognizable elements of Shelkovsky’s most important works The Forest, Three People Running, The Tree in the City can be found in the design created for Abrau-Durso. The gift pack of the limited collection of Abrau-Durso sparkling wines is a comprehensive art object that reflects the artist’s style. You can see a human figure on one side, the forest on the other and a city skyline that is often present in Shelkovsky’s works.

“I used the white color and depicted a man and a hand as relief, because many cultural metaphors are associated with them, in addition to invariably personal response,” the artist explains. “For me, packaging is primarily a sculptural object. I care about its shape, geometry, colors, the way I engage with it or not. It is a symbol.” The combination of nature and man, space and geometric simplicity, symbolism and imagination is the cornerstone embodied by Igor Shelkovsky in his imagery for the limited Abrau-Durso collection.

The project focuses on the Imperial Brut Vintage 2017 collectors’ sparkling wine created from the Chardonnay and Riesling varieties by the classic technology with aging in the Abrau-Durso mountain tunnels for at least four years. This wine with a light golden hue and bright luster, the notes of apple jam, cream and citrus zest in its flavor has a distinct freshness and recognizable minerality that is typical of the vintage classic Abrau-Durso sparkling wines. The collection is presented as a gift edition of 800 1.5-liter magnums. Only 20 exclusive bottles signed by Igor Shelkovsky will be available for sale at the Abrau-Durso Wine Atelier chain and at the Abrau-Durso art gallery.

The limited collections of Abrau-Durso sparkling wines created in collaboration with famous artists are one of the trademarks of the Russian Wine House. Abrau-Durso previously engaged People’s Artist of Russia Boris Messerer, famous illustrator Pavel Pepperstein, international ambassador of Russian design Evgenia Miro, one of the founders of Sots Art Erik Bulatov and experimental artist Andrey Bartenev, prominent Russian and British graphic and theater artist Mikhail Anikst, and corresponding fellow of Russian Academy of Arts Natalia Nesterova. The limited Abrau-Durso collection is an important reference to contemporary Russian art and a symbolic union that brings together the power of creativity and the art of winemaking.