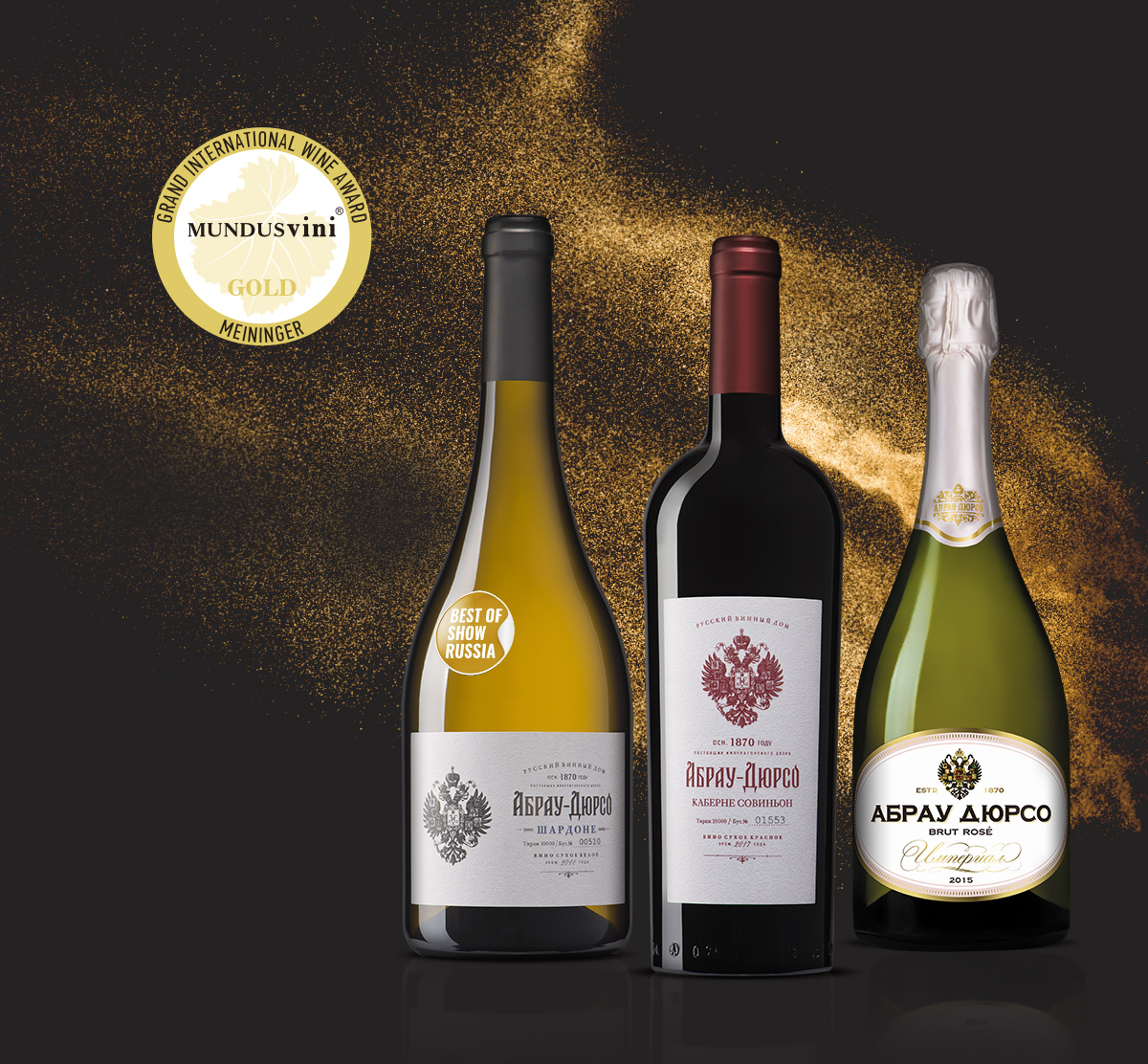 According to the results of the 28th International Wine Competition Mundus Vini 2021, still and sparkling wines of the Russian Wine House "Abrau-Durso" won 8 medals - 3 gold and 5 silver. A special achievement at the competition was the success of the release from the premium collection of still wines "Chardonnay Abrau-Durso" of the 2018 harvest, which was awarded the honorary title of Best of Show Russia (the best wine from Russia, which scored the largest number of points among domestic wines entered in the competition).

The Russian Wine House "Abrau-Durso" presented its best wines of different years at the annual international wine competition Mundus Vini 2021 in Neustadt and won 3 gold and 5 silver medals at once. The highest appraisal was given to a sample from the premium collection of still wines "Chardonnay Abrau-Durso" of the 2018 harvest, which received gold and the title of Best of Show Russia. This wine has a soft, rounded taste with a silky texture and mineral notes, refreshing acidity and a long finish. The bouquet is dominated by aromas of spicy vanilla, ripe peach, meadow flowers, as well as subtle nuances of oak. It is made from Chardonnay grapes grown in the best areas of Abrau-Durso. Last year, the same sample was awarded a gold medal at another prestigious competition - Decanter World Wine Awards 2020.

Last year's novelty, sparkling wine Brut d'Or Blanc de Noirs 2017, was presented at the Mundus Vini competition for the first time and immediately won silver. In 2020, in honor of its 150th anniversary, the Russian Wine House "Abrau-Durso" for the first time replenished the collection of single-varietal sparkling wines Brut d'Or with a new release. Blanc de Noirs 2017 is an elegant classic sparkling wine made from Pinot Noir grapes, harvested by hand in the vineyards of Abrau-Durso.

In addition, silver medals were awarded to classic sparkling wines from the collections "Imperial" Vintage Brut of the 2016 harvest, Brut d'Or Blanc de Blancs 2017, Victor Dravigny Extra Brut 2017 and another release from the collection of still wines "Pinot Noir Abrau-Durso" 2019.

“We are very proud of the achievements of our wines in international competitions of such a high level as Mundus Vini. This year, the Chardonnay from the collection of still wines received the title of Best of Show Russia, which once again proves that Abrau-Dyurso is confidently moving towards being a leader not only in the market of sparkling, but also quiet wines in Russia. Such a high appraisal of the world wine community speaks of the highest skill of Abrau-Dyurso winemakers and the invariably growing quality of our wines, ” comments Pavel Titov, President of the Abrau-Dyurso Group of Companies.

The Mundus Vini competition, organized by the German publishing house Meininger 20 years ago, is one of the most significant events in the world of winemaking. More than 12,000 wines from all over the world apply for participation every year. An expert jury, consisting of oenologists, sommeliers, wine industry experts and journalists, assesses the taste and quality of samples blindly, without knowing the country, name, wine variety and harvest year.